Keep updated, informed and entertained with commentary on industry news, interesting lifestyle pieces, testimonials and engaging factual information in the areas we specialise in. 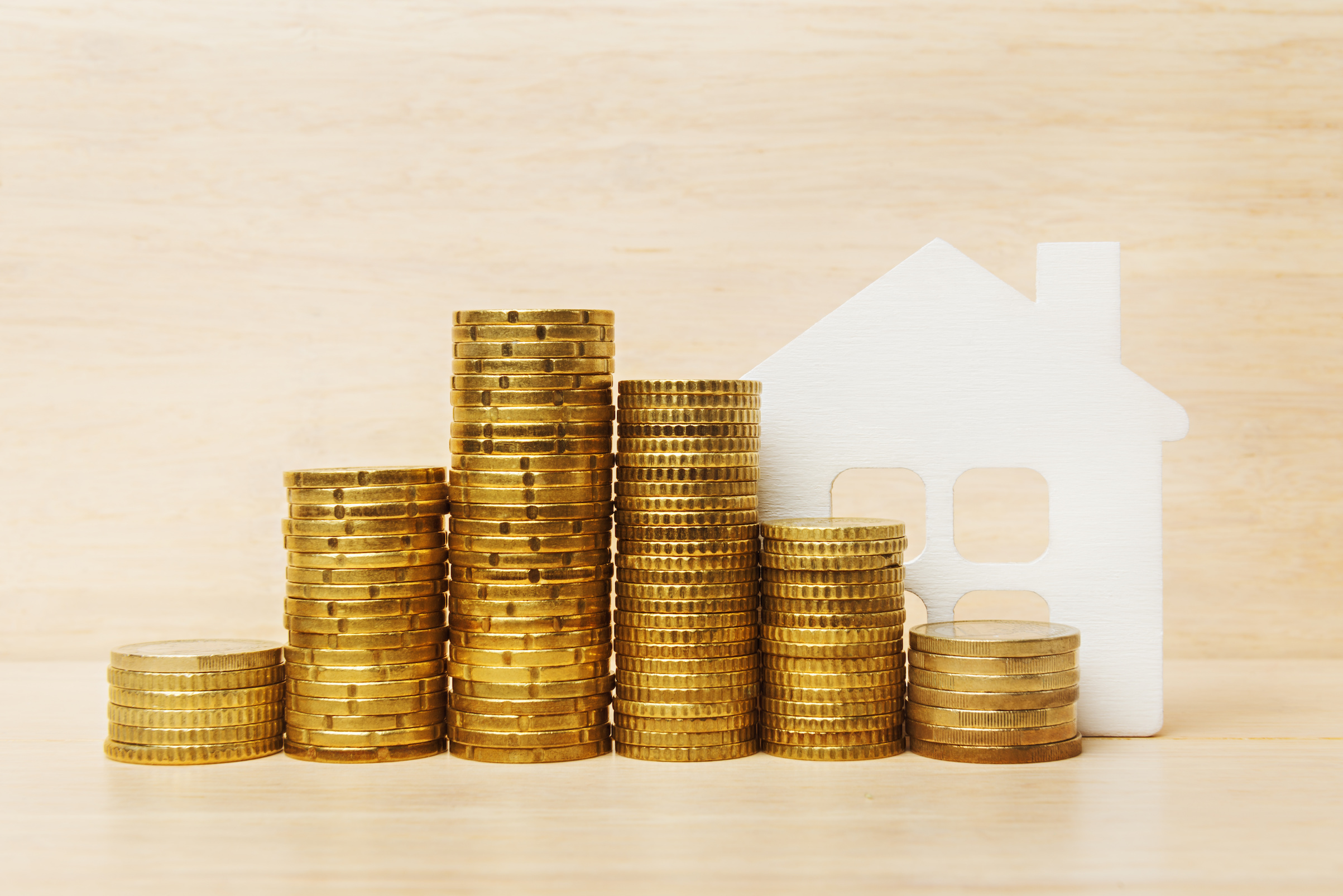 How to pay off your home loan faster and save

Reducing the life of your loan isn’t difficult; there are many simple things you can do to cut years off your mortgage. Here are some tips that will help you be mortgage-free sooner than planned.

One of the most obvious ways to pay off your home loan quicker is to make extra repayments. Depositing lump sums, such as a tax return or work bonus, will always be beneficial, however it doesn’t always take large amounts or windfalls to make a substantial difference – planning for regular, small cash injections can have a great impact over the life of a loan.

If you find that you don’t have the discipline to make extra repayments, then simply switching your payment structure can also help save years off your mortgage, as well as simplifying your finances if you are paid fortnightly.

“Because there are 12 months in a year but 13 four-week cycles, by switching your payment intervals from monthly to fortnightly, you are essentially paying off an extra month per year,” says the finance broker.

Make sure you have the right type of loan

Ensuring your loan allows extra repayments without penalty will let you to make the most of bonuses or funnel small extra payments to reduce the loan principle more quickly, saving on interest immediately, while an offset account will use your savings or living expenses to reduce your principle, while still allowing you to access these funds from a transaction account.

“I’ve set the mortgage on my investment as interest-only but I make the principle and interest payment equivalent by putting surplus rental income into an offset account,” “Because interest is calculated daily but charged monthly, any money sitting in the account will help reduce the loan.”

Although you may have to pay extra fees for the offset or redraw account, these may well be lower amounts than the interest saved. Talking to a finance broker is the easiest way to work out whether this option is financially sound.

Paying off your home loan faster isn’t difficult, however it does require financial discipline and expertise in ensuring the right loan features are in place. Get in touch with team to discuss your options.

We are thrilled to announce our Director Nik Preiner as Mortgage Professional Australia’s Top 30 Young Guns of 2017! After a big year and a lot of hard work, Nik’s been marked as part of broking’s new elite.

To make the list is a phenomenal achievement, surpassing hundreds of contenders to secure his spot amongst the top performers under 35. Nik was personally recognised by an industry leader for his skills, outstanding performance, business growth and exceptional customer service.

If you are looking for a bright, energetic broker to manage your lending requirements, please get in touch. The coffee is on us. 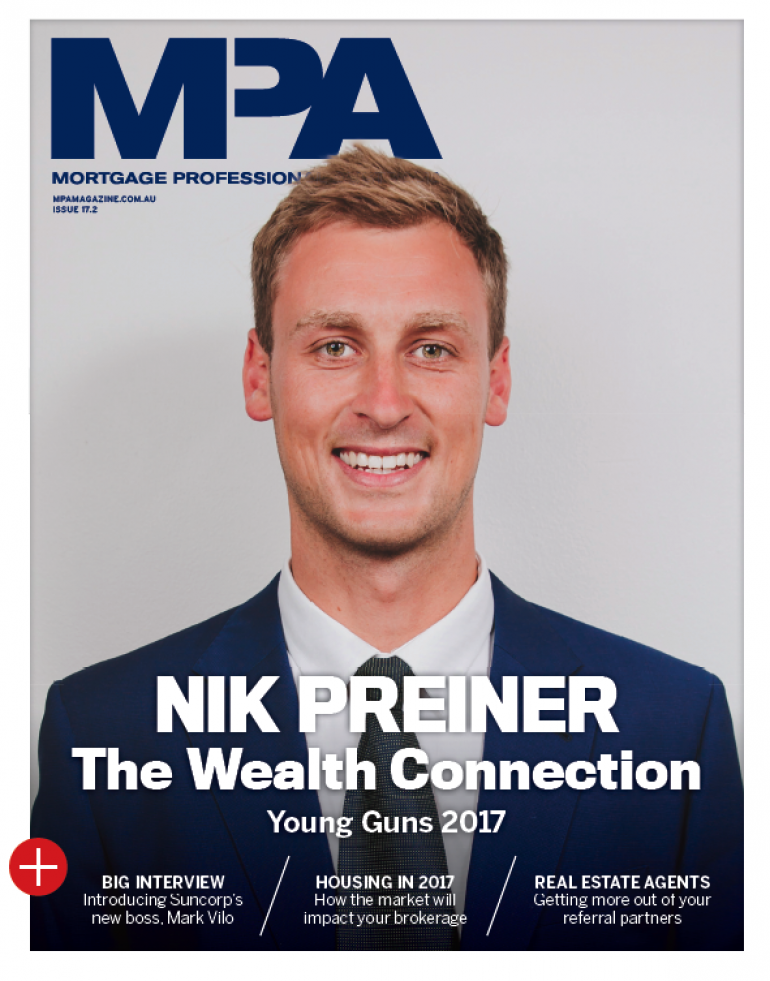 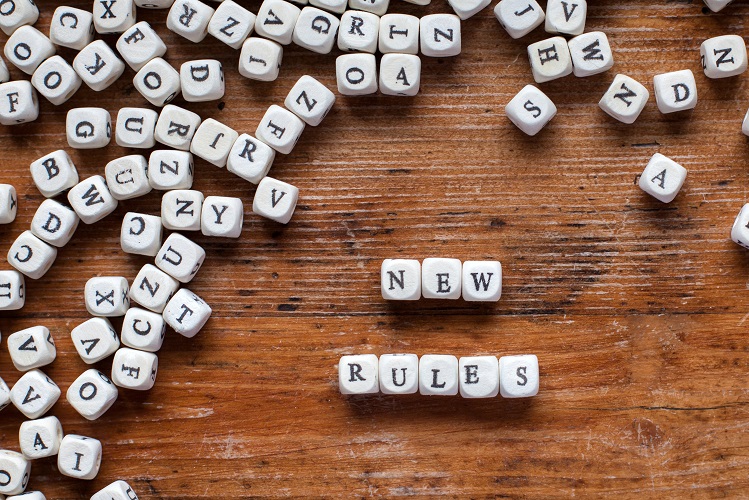 Superannuation Changes - The impact to you and your retirement benefits

The 2016 Federal Budget proposed a number of changes to superannuation.  After much consultation, a Federal election, and changes to the original announcement, the legislation has finally passed Parliament.

This means people who are impacted by the changes can now act to ensure the impacts are reduced and / or benefits maximised.

A brief summary of the changes, which come into effect on 1 July 2017 (unless noted otherwise) is outlined below:

Introduction of a transfer balance cap

A $1.6 million cap has been introduced on the amount that can be transferred to super in retirement phase when earnings are tax-free. Additional savings can remain in an accumulation account (where earnings are taxed at 15 per cent) or remain outside super. This comes into effect from 1 July 2017 and will be indexed in following years. Retired people with retirement phase balances below $1.7 million on 30 June 2017 will have 6 months from 1 July 2017 to bring their balances under $1.6 million.

The threshold at which high-income earners pay Division 293 tax on their concessionally taxed contributions to superannuation has been reduced from $300,000 to $250,000. This comes into effect from 1 July 2017.

The requirement that an individual must earn less than 10 per cent of their income from employment to be able to deduct a personal contribution to their super to make it a concessional contribution has been removed. This will apply from the 2017-18 income year.

This increases the amount of income an individual’s spouse can earn before the individual stops being eligible to a tax offset for contributions made on behalf of their spouse. This will apply from the 2017-18 income year.

The anti-detriment provision which allows superannuation funds to claim a tax deduction for a portion of the death benefits paid to eligible dependants will be removed from 1 July 2017.

For further information please read the below article. Click to read in full.

Quarterly market update, what are the key takeaways? Are your children insured? All that and more in our November e-newsletter 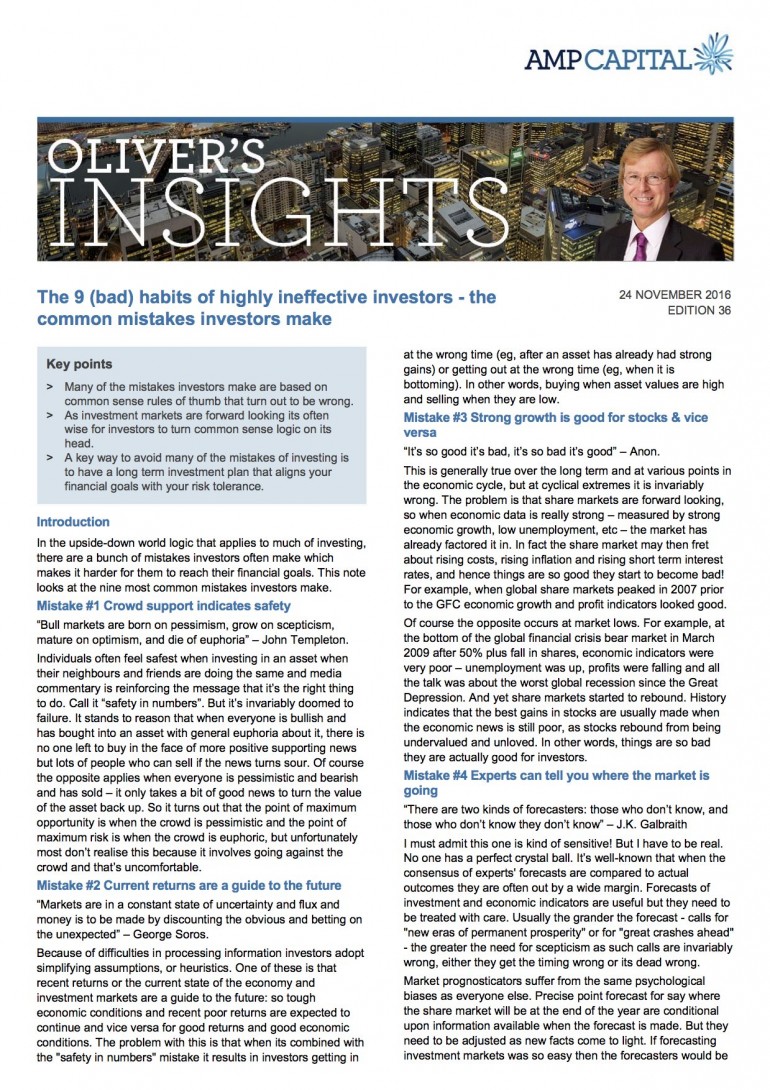